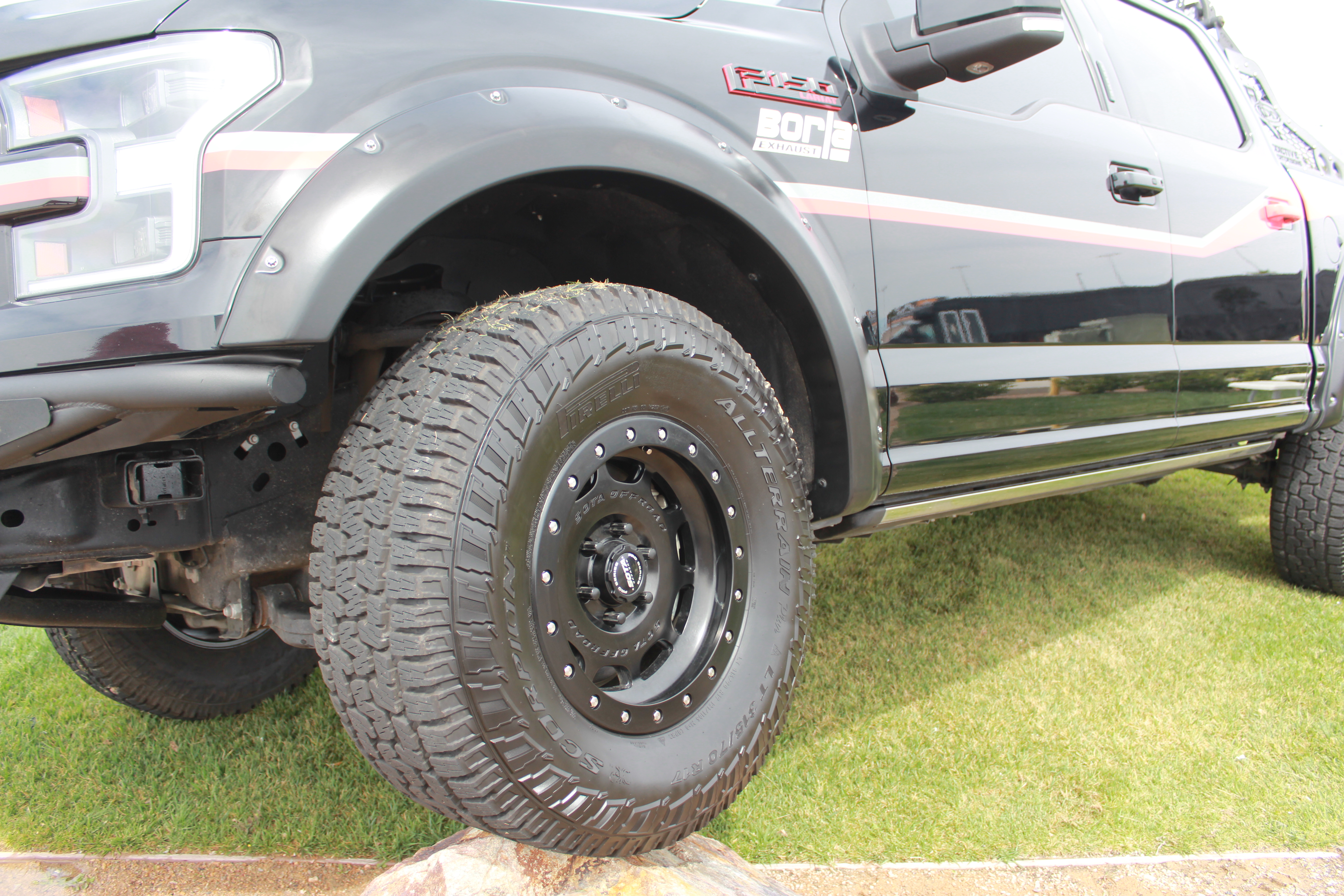 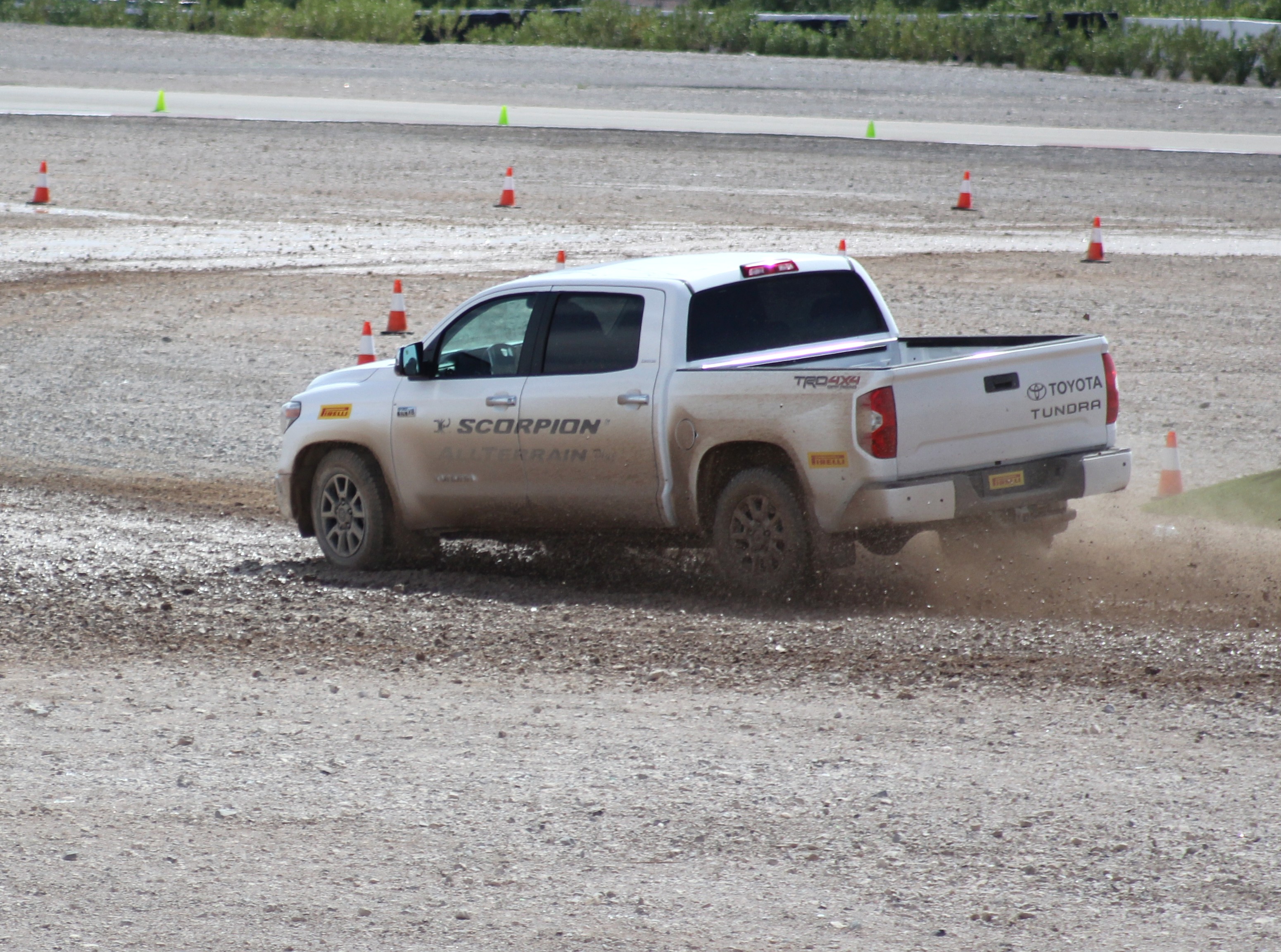 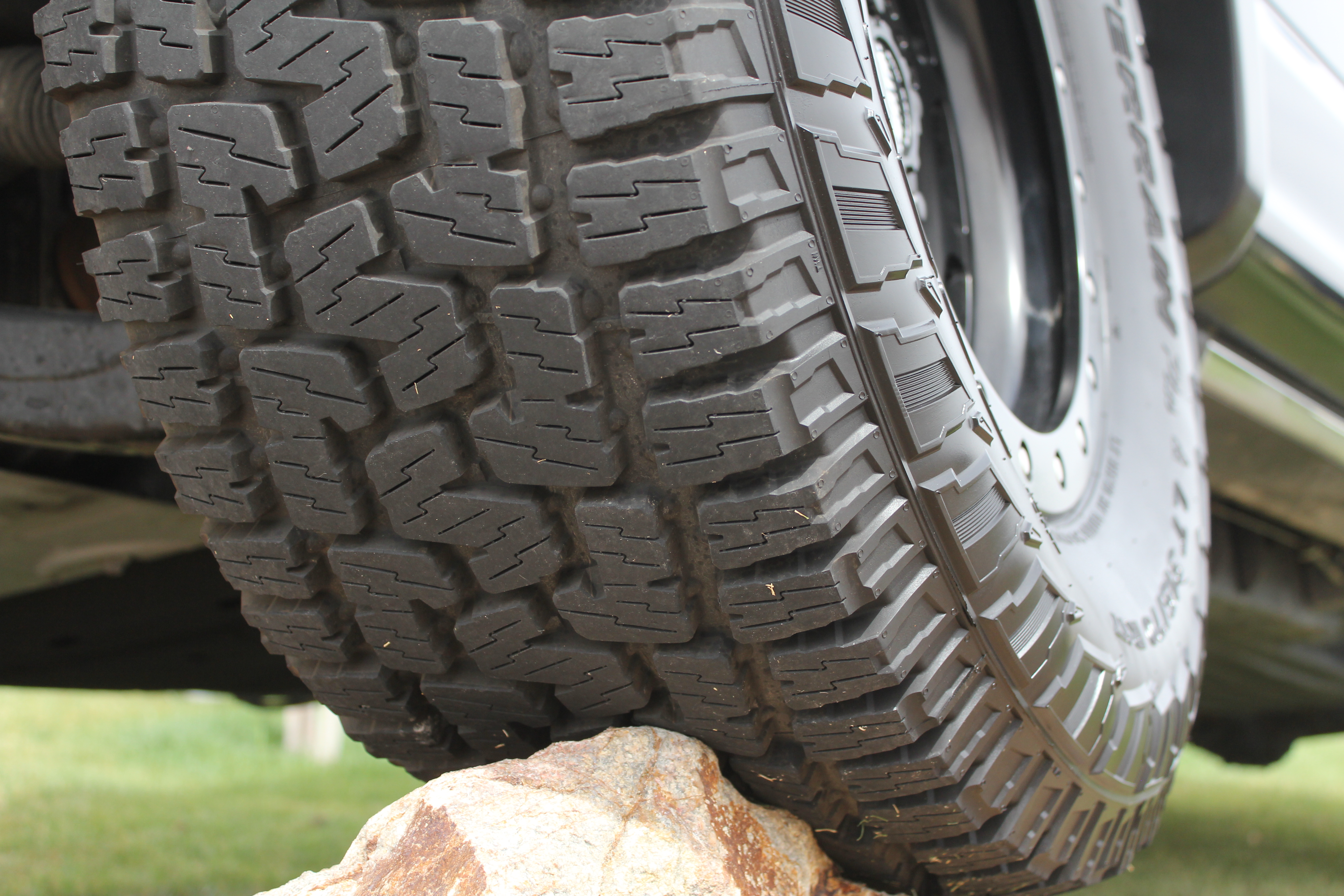 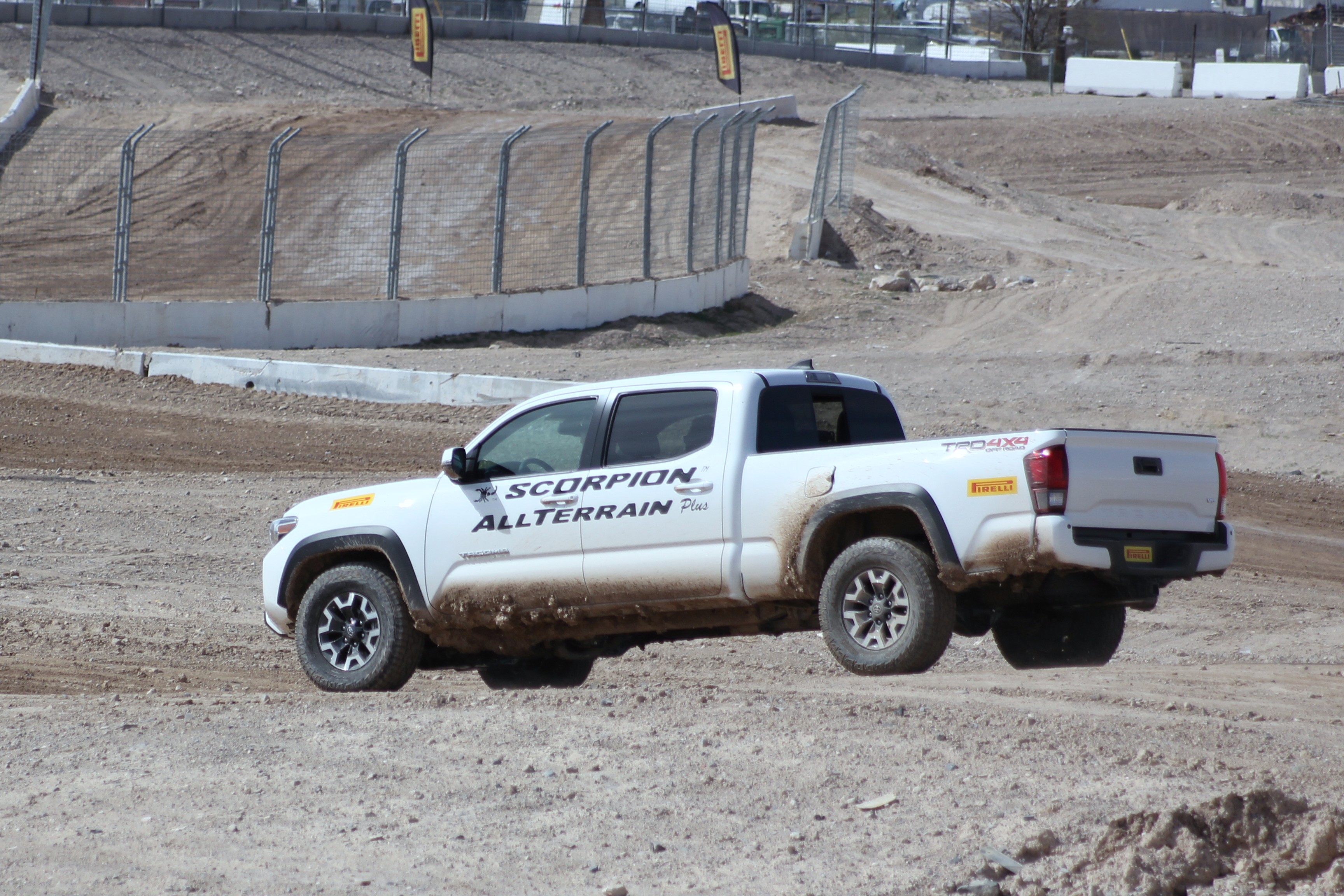 Attending the launch of a new Pirelli tire at a motor speedway seems natural enough; until you realize that the new tire is a Pirelli Scorpion All Terrain Plus that’s aimed at the North American truck market. That was the first surprise from the manufacturer that is best known for hi-performance tires built for speed. The next one was that they would attempt to jump into this market at all; however looking at the potential sales it does make sense. 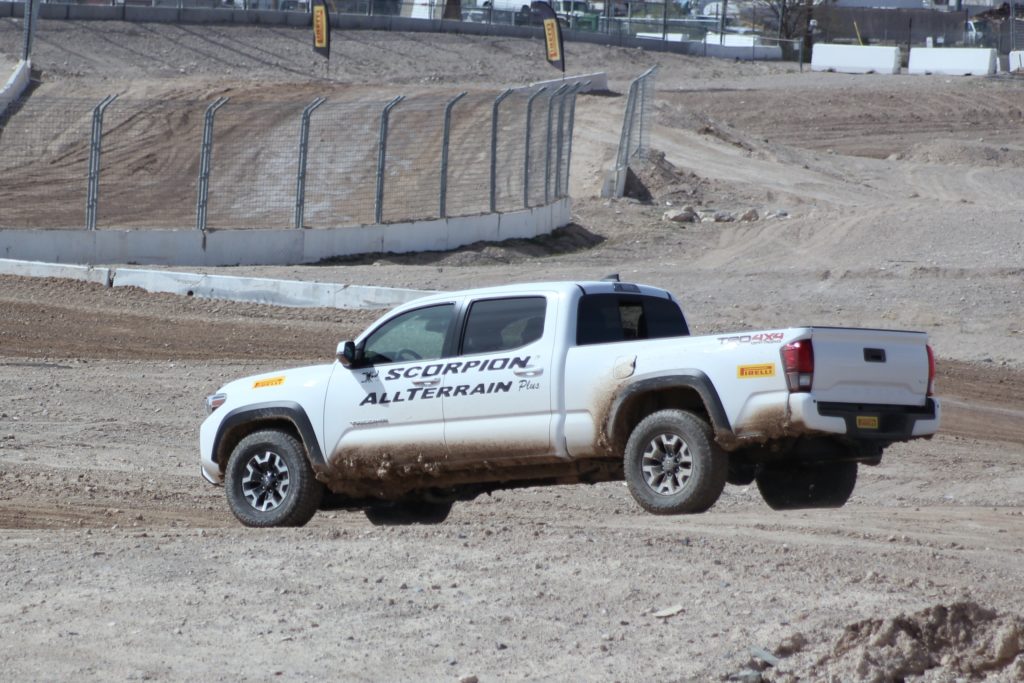 Marco Crola, CEO of Pirelli Tire North America, explained it this way. “This strategy calls for the diversification of products and services, based on the needs of specific markets and customer groups within those markets. The new Scorpion All Terrain Plus tire completes our product portfolio, meeting the specific needs of pickup and SUV drivers.” My translation of that comment is – we see a mountain of money to be made in truck tires and we are going for it.

The new tire they have created builds on the Scorpion All Terrain which is already in the marketplace. That tire, which was originally built for OEM factory use, has been reworked with the replacement market in mind. As such it looks much more “off-road” then its predecessor and also covers more aftermarket wants like a three-peak snowflake rating. 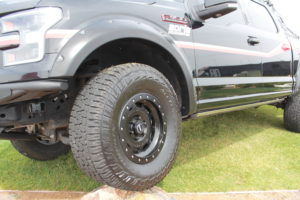 Driving the All Terrain Plus on the high-speed oval at Las Vegas motor speedway was not about setting land speed records (though I did push a Ford Explorer through the steep banks at 180-km), it was to show off how firm and quiet they are. Pirelli says that they placed “quiet” on the priority list of qualities this tire had to have because they were following a 95/5% rule when designing this tire. What that means is they expect the 80,000 km warrentied lifespan of this tire to be spent 95% on road and just 5% off-road. So, if you consider that in real distance terms that still equals 4,000 km of off-road travel during the life of the tire – they probably have that ratio right.

Pirelli says the following design features are what sets this tire apart from many of its aftermarket competitors.

Without getting into the chemistry, Pirelli says they are using a new generation of tread compound in the construction of this tire which is supposed to offer optimized durability, traction, and wear, this rubber also has a high resistance to cutting and chipping of the tread elements. Of particular interest in our market of course is good snow traction, they have covered that and received a three-peak snowflake rating stamped on the sidewall.

The tread pattern on these tires is a compromise which delivers good traction in mud and snow yet is reasonably quiet on pavement. An interesting design feature on these tires is something called “ejectors”. These are small conical rubber bumps set inside the treads – they eject stuck stones by not allowing them to become deeply wedged.  These are the high notes of the All Terrain design. 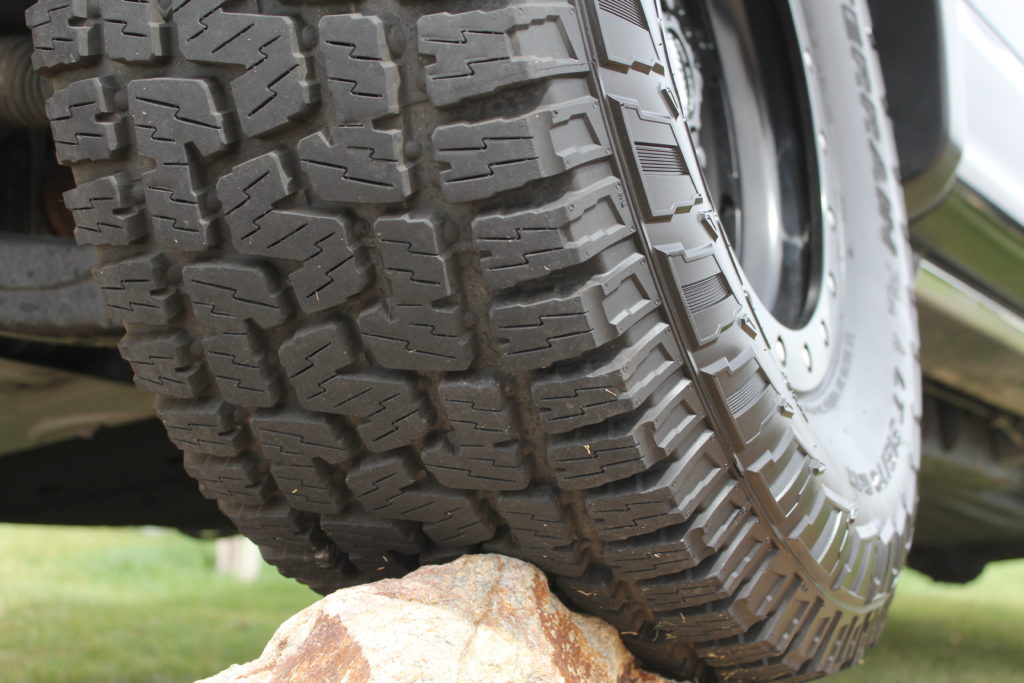 But quiet on its own is not enough – certainly not in the truck market. To that end they very candidly talked about how they wanted the tire to look. In a word it had to be “aggressive” yet without having the harshness of an off-roader.  Pirelli understands that a truck owner wants his tires to have a certain look – one that speaks to the overall stance and presence of his/her rig. One look at this tire puts that concern to rest – particularly when comparing it to the current OEM All Terrain tire.

Alright, so I drove it fast on the track; it was quiet at speed and yes, it looks aggressive – but, again, that’s not enough. Adjacent to the paved oval in Vegas is a Baja-style race designed dirt track. This is where we took the tire next to see if the 5% off-road character Pirelli described stood up.

On the dirt track a variety of pickups and SUVs were kitted with the All Terrain Plus tires and with the trucks in 2WD and the nannies off I worked to break the tires loose on the banked turns. It was tough; they stuck; they dug; and launched when the accelerator was mashed.  Lap after lap I worked it harder. There was a very limited feeling of sidewall rollover but that aggressive tread on the steering tires kept pulling the truck through the hard turns. It felt great. 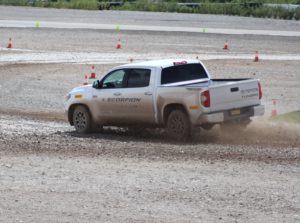 So, yes there are much more extreme off-road tires on the market, ones that you could almost excavate a trench with – but, remember where these Pirelli’s are concerned, that is not the goal.   After several laps at speed I left the dirt. I noted that within seconds all the stones had dropped out of the treads. Those little ejectors really work.  How did I know? There was no pinging in the wheel wells as I picked up speed back on the pavement; instead it was just comfortably quiet once again. That’s what they are going for and I think they’ve pulled it off. They have achieved a very decent balance on this new tire; it’s certainly worth a look.