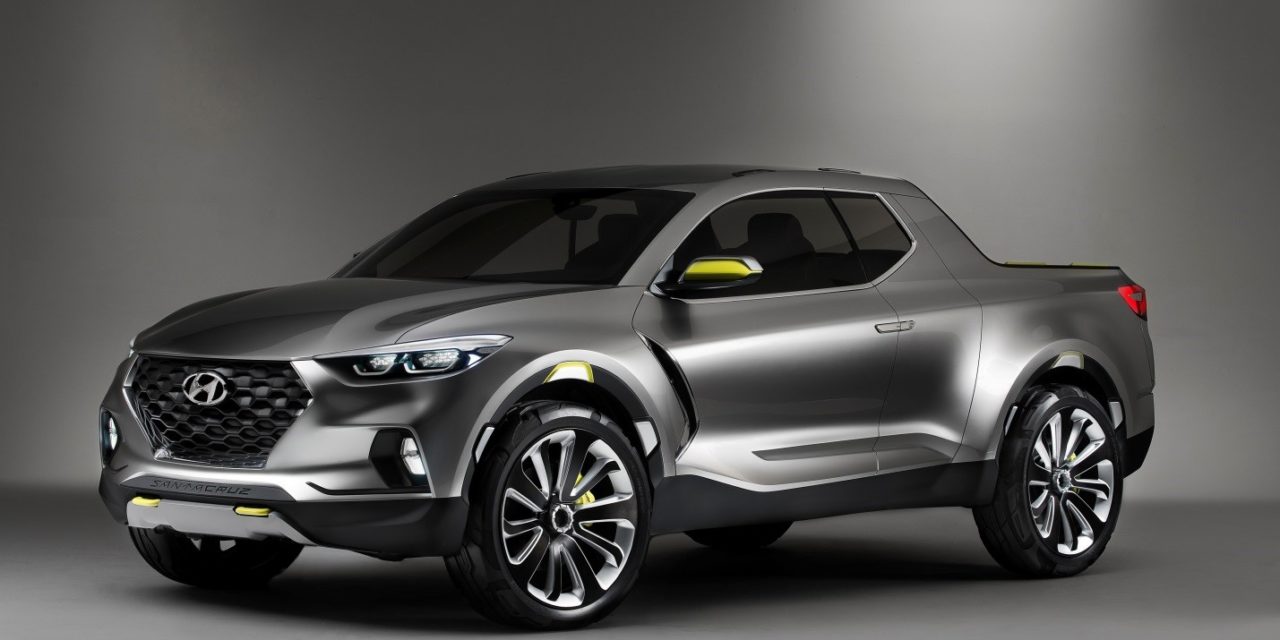 The Santa Cruz, a pickup that Hyundai is calling a compact utility vehicle, will be built in Alabama starting in 2021.

The Santa Cruz was first shown as a concept at the 2015 North American International Auto Show in Detroit. The photos found here are of that original concept – how it will differ from the actual production model is not yet known.

Hyundai says that the manufacturing plant in Montgomery will benefit from a $410 million expansion; needed to support the production of this new product. Among U.S. states, Alabama is already the fifth largest producer of cars and light trucks. The state has more than 150 major auto suppliers and 57,000 automotive manufacturing jobs.

This southern factory already produces the Santa Fe, Sonata and Elantra models for Hyundai. So, while this announcement is good news for the truck market overall – exactly what the capabilities of the Santa Cruz will be are simply not known.

Speculation suggests that it makes sense that there will be common elements shared between existing Montgomery built products and the new truck. If that assumption is correct then the Santa Cruz may well fit the label of “compact” instead of mid-size truck; again, it will be interesting to see how the final design looks.

Based on the original concept, the Santa Cruz looks like it will be a close competitor to the Honda Ridgeline. But we will have to wait and see.